Sorry, we are currently closed.

If you wish to speak to an advisor please call us on 0161 543 3758 during our opening hours, or make an application and we will get in touch for a no-obligation chat about your finances. 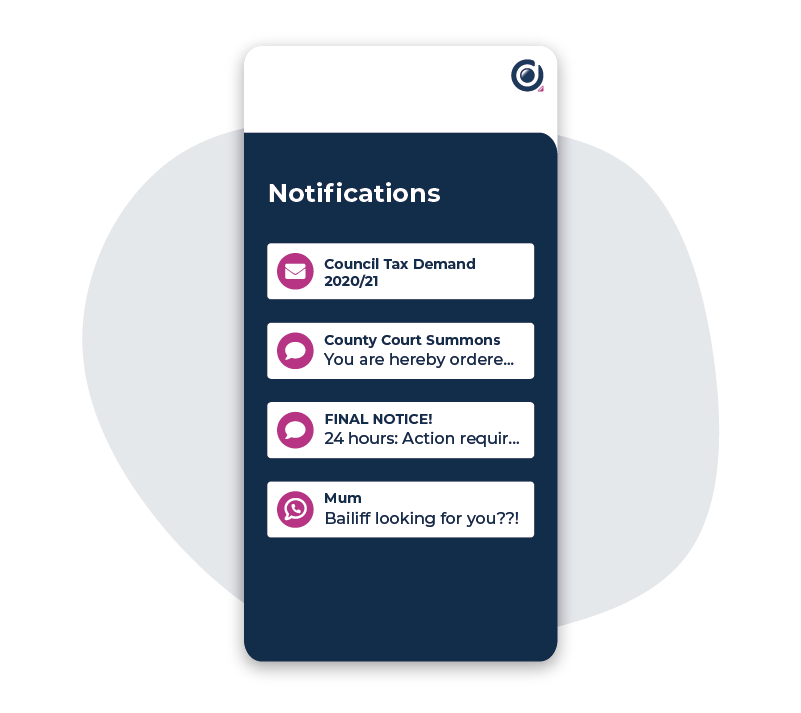 Bankruptcy is a form of insolvency which can be used when you are unable to repay your debts. There are several factors you should consider before deciding if Bankruptcy may be a suitable option.

Is Bankruptcy My Only Option?

Declaring Bankruptcy – How does it work?

If you’ve decided to declare Bankruptcy, then the first step should always be to seek specialist debt advice to make sure this solution gives the best outcome for you.

If you want to proceed, the next step is to fill out the form on the GOV website as we can’t assist you in setting up Bankruptcy. There is a fee involved with this method. Once the application has been completed, an adjudicator will determine whether to approve or reject Bankruptcy.

If you’re officially declared bankrupt, then an individual known as the ‘official receiver’ will take control of your money and assets.

What’s the cost to file Bankruptcy?

The cost to file Bankruptcy is £680. This fee can be paid all in one go or through instalments. The minimum amount you can pay periodically for Bankruptcy is £5 and, in theory, you can make as many payments as you need to cover the cost.

Furthermore, if you change your mind before submitting your application and no longer wish to make yourself bankrupt, you should be able to reclaim the fee.

What happens when you declare Bankruptcy?

Within two weeks of being declared bankrupt, an interview will be arranged with the official receiver to examine your assets and finances. This individual will examine your creditors, how much you owe, and divide up what you have to help your lenders reclaim as much of their money as possible.

Legally, you must co-operate with the official receiver.

not everything will be taken from you. Items or vehicles you need for work, clothes, and essential appliances should be safe. Another form of insolvency though – an IVA – keeps your assets protected.

Bankruptcy isn’t right for everyone – mainly because your home and possessions can be sold to repay what you owe. Fortunately, there are alternatives – such as an IVA. We examine the differences between this and Bankruptcy below:

Bankruptcy or IVA – what’s the difference?

Although there are several differences between these two options, IVAs and Bankruptcy are both forms of insolvency. As a result, both will appear on your credit file – for six years – and your name will be entered onto a public database called the Individual Insolvency Register.

Furthermore, both solutions will result in debts ultimately being written off and stop communications between you and your creditors.

Although Bankruptcy and IVA are similar in some ways, there are several key differences. For example:

Less chance of losing my home?

Less chance of being evicted?

Resolved in around three years?

Less chance of losing my car?

Less chance of affecting your job?

You could keep your home with an IVA

Once Bankruptcy has been declared, your home might need to be sold. With an IVA, this situation is less likely to occur.

If you don’t own your home, but rent, an IVA shouldn’t affect this. However, some landlords include a clause in tenancy agreements stating Bankruptcy will result in eviction.

An IVA takes longer to resolve

With an IVA, you could keep your car

Unless it is essential (for example, it’s needed for work) your vehicle may have to be sold in the event of Bankruptcy depending on it's value. An IVA shouldn’t have any impact on this however, but again, this depends on how much your vehicle is worth.

An IVA has less effect on your job than Bankruptcy

Although both might have some effect on your employment. Bankruptcy typically has more serious consequences. For example, solicitors and estate agents typically bar those affected from membership.

almost 17,000 people declared Bankruptcy*. In comparison with other forms of insolvency, more than 27,000 went for debt relief orders while almost 78,000 chose IVAs.

*According to The Gazette, 'UK individual insolvency statistics for 2019', January 2020.

Is an IVA better than Bankruptcy?

Ultimately, whether an IVA would be better than Bankruptcy depends on your situation. However, an IVA may be a good solution if you have assets you want to protect and still have some form of income coming in to repay your creditors.

To find out which one may be right for you, click the button below:

How do I apply for Bankruptcy?

Bankruptcy is often considered a ‘last resort’ option to resolving your debts. Although you may feel this solution is right for you, we can use our expert knowledge to identify if this is truly the case. If it is, we’ll support you where we can.

Alternatively, we might determine that a solution such as IVA could benefit you far more – and ultimately leave you better off in the long run. After all, you almost certainly want to retain control of your property.

Get in touch today for a no-obligation chat with one of our specialist advisors. They don’t preach, judge, or condescend – they just want to help you with your finances.

See if I qualify

Why people choose us

How long does Bankruptcy last?

What are the pros and cons of bankruptcies?

The pros and cons of Bankruptcy are similar to those of an IVA. For example, your debts will be written off and you won’t need to worry about creditor contact. However, the disadvantages include potentially giving up your car or home and the negative effects on your credit score.

Can I stop a creditor from making me bankrupt?

There are a few ways where Bankruptcy proceedings can be stopped if initiated by a creditor. One of those actions can be by taking out an IVA and resolving your debts that way.

How long does Bankruptcy stay on your credit report?

Details of Bankruptcy will stay on your credit report for six years after the date the Bankruptcy order was granted. During this time, and while rebuilding your credit score, you are likely to find it very difficult to obtain additional lending or other financial products.

Can you get a mortgage after Bankruptcy?

Although it’s theoretically possible to obtain a mortgage after Bankruptcy, this is likely to be a challenge. You may need to find a mortgage lender who specialises in customers who’ve previously been made bankrupt.

Apply for debt help
We use cookies on our website to give you the most relevant experience by remembering your preferences and repeat visits. By clicking “Accept All”, you consent to the use of ALL the cookies. However, you may visit "Cookie Settings" to provide a controlled consent.
Cookie SettingsAccept All
Manage consent

This website uses cookies to improve your experience while you navigate through the website. Out of these, the cookies that are categorized as necessary are stored on your browser as they are essential for the working of basic functionalities of the website. We also use third-party cookies that help us analyze and understand how you use this website. These cookies will be stored in your browser only with your consent. You also have the option to opt-out of these cookies. But opting out of some of these cookies may affect your browsing experience.
Necessary Always Enabled
Necessary cookies are absolutely essential for the website to function properly. This category only includes cookies that ensures basic functionalities and security features of the website. These cookies do not store any personal information.
Non-necessary
Any cookies that may not be particularly necessary for the website to function and is used specifically to collect user personal data via analytics, ads, other embedded contents are termed as non-necessary cookies. It is mandatory to procure user consent prior to running these cookies on your website.
SAVE & ACCEPT