Sorry, we are currently closed.

If you wish to speak to an advisor please call us on 0161 543 3758 during our opening hours, or make an application and we will get in touch for a no-obligation chat about your finances.

How Much do Artists Earn from Their Christmas Hits?

Tis the season to be merry. This is certainly true for pop stars whose festive anthems dominate the charts each year, earning them up to £1 million in royalties. This sounded like a pretty sweet deal to us. So, we did some investigating to find out which smash hits make the most cash.

It’s not easy to find this information as the Performing Rights Society (PRS) keeps it confidential to protect the privacy of the artists. However, in an article by Lucy Waterflow for the Daily Mail in 2016 she noted that according to Channel 5’s A million Pound Christmas, sales of the best-selling Christmas songs generated the following in royalties:

£1 million: Merry Xmas Everybody by Slade

Stealing the top spot is Noddy Holder and Jim Lea’s Christmas classic, ‘Merry Xmas Everybody’. Bringing home £500,000 for each of them on a yearly basis, this certainly will make them merry at Christmas time. Holder was even quoted in a BBC article saying ‘It’s definitely a pension plan, yes. It was never designed to be that way, but it has taken on a life of its own, definitely’. So, you heard it here first. Bring out a catchy Christmas jingle and you’ll never need to work again.

This upbeat pop anthem was released in 1994 and was the first song ever to be a number 1 hit in 4 separate decades, so it’s no surprise that it earns a handsome £400k in royalties each year.

This festive heartbreak anthem first hit the charts in 1984 and has returned annually ever since. The song originated one Sunday when George Michael and Andrew Ridgely were visiting Michael's parents. Ridgely recalled to The Mail On Sunday in 2017:

We'd had a bite to eat and were sitting together relaxing with the television on in the background when, almost unnoticed, George disappeared upstairs for an hour or so. When he came back down, such was his excitement, it was as if he had discovered gold which, in a sense, he had.

It is also noted that the following Christmas classics were also among the top earners in 2015:

This iconic Christmas belter started life as a bet between Pogues’ producer Elvis Costello bet Shane MacGowan and Jem Finer that they couldn’t write a Christmas hit that wasn’t slushy. It tells the tale of broken dreams and bitterly cold recriminations and has become a festive favourite since 1987.

The track was re-released in 2005 where the proceeds were donated towards homeless charities and Justice for Kirsty campaign that aimed to find out the truth behind MacColls’ mysterious death in a powerboat accident in 2000. It has since been in the top 20 every single year!

White Christmas is a festive playlist staple. However, it wasn’t always this way. Although it has always been a hit record in the US, it only became a number 1 single in England in 1977 when Crosby passed away.

This merry single was actually written on a boiling hot day in July, according to Paul McCartney who recorded the song entirely solo, contributing the vocals, guitar, bass guitar, keyboards, drums and percussion to the track! So, at least he earned his annual £260,000!

So, if you think you’ve got what it takes to write the next Christmas number 1 then why not give it a shot?

Of course, for most of us, this probably isn’t the most secure retirement plan. So, if you’re struggling to manage your finances and are worried about making payments this month then we may be able to help you. Here at the Debt Support Centre, we believe that everyone is entitled to financial peace of mind. So, get in contact today and let us help you make 2022 the year you take back control of your finances. 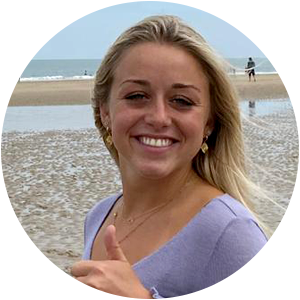 The Five Stages of Dealing With Debt

What are the Costs of Working From Home?

After the government announced Plan B and the news of the Omicron variant, many of us are working from home again. But there may be costs associated with WFH.

What Happens to a Store Card if a Retailer Goes out of Business?

We use cookies on our website to give you the most relevant experience by remembering your preferences and repeat visits. By clicking “Accept All”, you consent to the use of ALL the cookies. However, you may visit "Cookie Settings" to provide a controlled consent.
Cookie SettingsAccept All
Manage consent

This website uses cookies to improve your experience while you navigate through the website. Out of these, the cookies that are categorized as necessary are stored on your browser as they are essential for the working of basic functionalities of the website. We also use third-party cookies that help us analyze and understand how you use this website. These cookies will be stored in your browser only with your consent. You also have the option to opt-out of these cookies. But opting out of some of these cookies may affect your browsing experience.
Necessary Always Enabled
Necessary cookies are absolutely essential for the website to function properly. This category only includes cookies that ensures basic functionalities and security features of the website. These cookies do not store any personal information.
Non-necessary
Any cookies that may not be particularly necessary for the website to function and is used specifically to collect user personal data via analytics, ads, other embedded contents are termed as non-necessary cookies. It is mandatory to procure user consent prior to running these cookies on your website.
SAVE & ACCEPT